Last Friday, the 13th August, Fr. Cor Spruit C.P. died in the peace of Christ. Sunday morning the 8th August he was found in his room; he had a brain haemorrhage. After he was taken to the hospital it was clear he would not recover. He died the day after he arrived in a hospice near our monastery.

The photograph attached is of him at his 40th anniversary of his ordination, in 2002. 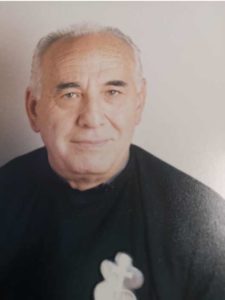