Fr. Bob died on January 8, 2014 in the military hospital in Rome. Fr. Bob had served the Congregation as a translator for the Superior General since 1990. He was born and educated in the Church of England in Argentina and received into the Roman Catholic Church in 1955 at age 25.

After completing studies in Chemical Engineering, he served in the 3rd Mounted Artillery Regiment and then worked a few years at laboratories. He joined the Passionist Community in 1959 and professed first vows in 1960. He studied in both Argentina and Spain. He was ordained in 1968 and served as associate pastor in parishes in Uruguay and in Argentina.

In the 1970s Bob visited Holy Cross Province and served in some ministry sites. Later in the decade he moved to Holy Cross Province and was incardinated shortly afterwards. He served in Houston, Chicago, and Sierra Madre, California, before being assigned to Sts. John and Paul in Rome. Bob enjoyed Rome and especially his weekend ministries at Sisters’ convents and nursing homes.

At the end of 2013 Bob was suffering severe abdominal pains and was taken to the military hospital. He underwent extensive tests which discovered a cancerous tumor. Bob was making plans to return to the Mayo Clinic in United States for further tests. He returned to the hospital after New Year’s Day. Because the bleeding began again, the doctors operated to find the source of the bleeding and to close it off. After four hours of surgery, Bob was put in a coma to help the healing process. He died a few hours later.

Funeral arrangements are pending. Further information will be publicized when the details are finalized. 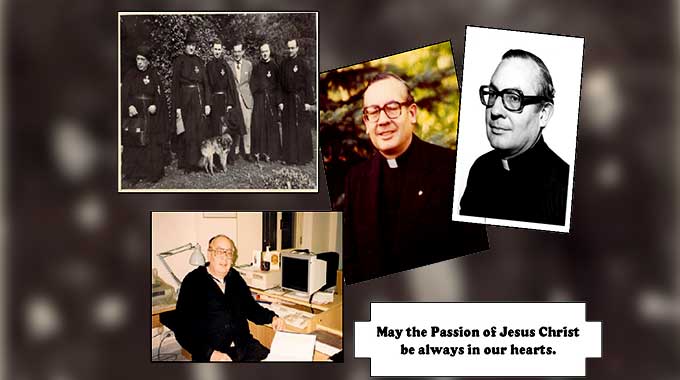 Fr. General is awarded with “Companion of the Order of the Star of Melanesia”
Most. Rev. Fr. Joachim Rego, CP, Superior General of the…